Get the Apple on Amazon!
Amazon US:
Amazon CA:
Amazon UK:
Amazon DE:

So the defining feature of the Apple AirPods Pro from my perspective is the noise cancelling feature. If you don’t need it, then you can save yourself a few bucks and get the regular Apple AirPods.

So how do they do in the office?

Here’s how I’d rank the different headphones when it comes to office use. Studio 3’s come out on top in this list, followed by the AirPod Pro’s, regular AirPod’s, Powerbeats Pro and then in far last place, the Jabra’s.

I found using the AirPod Pro’s the same as the regular AirPods in the office which can be described with two words “occasionally annoying”.

Why? Because anytime I have to talk to anybody, one AirPod’s has to come out. Given the deeper fit of the earbuds, it’s quite difficult to hear anything even when you turn ANC off.

I personally still like my over-ear Beat Studio 3’s for the office because they come on and off easily, are on my person all the time so I don’t have to worry about losing one of the buds.

So how do they do while gaming?

When it comes to gaming, the AirPod Pro’s take the top spot, followed by the Studio 3 and Powerbeats Pro, regular AirPod’s and in last place, the Jabra’s.

So for this review, I primarily used them while playing Episode 3 of the The Long Dark as well as pwning noobs in Call of Duty Mobile.

The Apple AirPods Pro were incredible for both games. I’ll start with The Long Dark which I play on my laptop using my eGPU. As I mentioned earlier, the ANC on the Pro’s was able to remove all the background noise coming from my Sonnet eGPU.

The ANC on the Apple AirPod Pro’s really added to the gaming experience of the game by making it more immersive. Playing the game with the AirPod Pro’s made me appreciate the sound of the snow crunching under my boots, the crackle of the fires and the echos of the occasional gunshot.

Now using my Powerbeat Pro’s while playing TLD resulted in a similar experience. If I listened hard enough, I can hear the eGPU but it’s hard to pick out, especially when trying to fight a bear.

The Studio3’s noise cancelling couldn’t keep up with the constant change in background noise from the eGPU. There was always something in the background that was annoying to listen to.

There was nothing special with the regular AirPod’s and playing TLD with my Jabra Active Elite 65t’s was terrible as they had to come out after 30 minutes.

The same also goes for COD Mobile but to a lesser extent. COD Mobile goes at a much faster pace so you don’t really have time to stop and listen to sounds. For me, my audio experience was the same with the Powerbeats Pro, AirPod Pro’s and the Studio 3’s. It didn’t feel like one set of headphones was significantly better than the others when I was running around pwning noobs.

So how about the gym?

The best workout headphones? The Powerbeats Pro. Hands down. The AirPod Pro’s fared better than the regular AirPods and Jabra’s and no-normal person should workout with the Studio 3’s. Honestly, why would anybody wear ear-muffs when you workout?

If you’re running, doing basic gymnastic movements and a lot of functional movements, you can’t beat the staying power of the ear hooks on the Powerbeats Pro. If you need the full story, check out my full Powerbeats Pro review.

But if you’re more into being “InstaFit”, then you don’t need that extra staying power for your kipping bicep curls, your bench press twitches and your bent over DB flails. So the AirPod Pro’s might work out for you. Or anything else.
—————————————————————————————–
Subscribe to stay in the loop! We release 2-3 videos a week so there’s going to be something new every week. We’re all about helping you get the most out of iOS so click Subscribe! 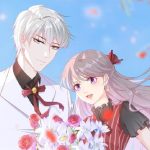 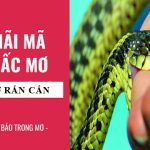 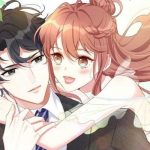 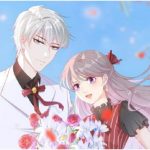 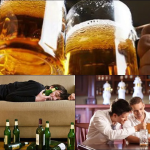