Yamaha has launched its third generation FZ in Nepal. The new models replace the current models FZ-FI and FZS-FI which were on sale since the last 4 years.
The newly launched motorcycles feature single-channel ABS as standard and have undergone significant update in the bodywork. FZ-FI V3.0 ABS is yet to undergo sale in Nepal and FZS-FI V3.0 ABS is priced at Rs 3,09,900.
The new FZ-S Fi 3.0 retains the traditional muscular design, but now gets a bit sharper approach with wider bodywork on the fuel tank. An air-vent-like grille structure is added to the front end of the tank, which is rather aesthetic addition instead of a functional one. The split seat layout is replaced by a single unit. Other additions include a new belly-pan. Yamaha has also changed up the rear of the motorcycle with redesigned bodywork and a new taillight. A new LCD instrument cluster and new full-LED dual pod headlamp unit are also part of the update. The updates made the front section of the bike look like the FZ 25.
Apart from these cosmetic changes, the bike remains the same. It continues to be powered by the same 149cc, air-cooled, two-valve, single-cylinder engine which makes 13.2hp and 12.8Nm of torque. The motor is mated to a five-speed gearbox.
For news, reviews, comparisons and specifications of
bikes available in Nepal : 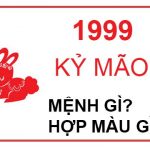